Learn about other panels in the series "Georgia's Response to the Holocaust." Single installments or the entire series are available for loan to schools and organizations. 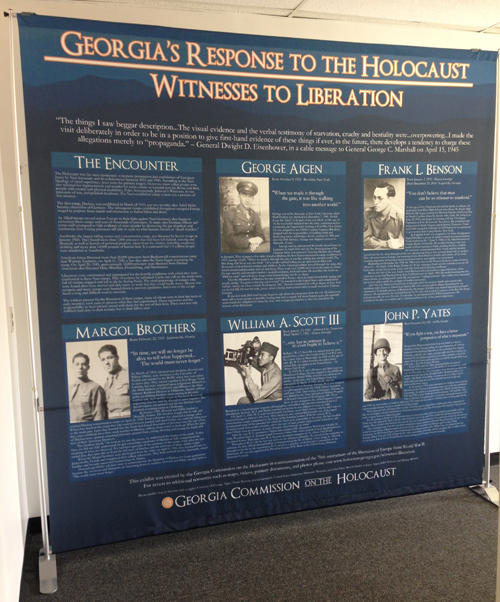 This installment of the series, “Witnesses to Liberation,” profiles six men who served the United States during World War II and witnessed the liberation of Nazi camps between January and May of 1945.

Each installment is a single free-standing panel measuring 98" by 98".

No confirmed dates at this time