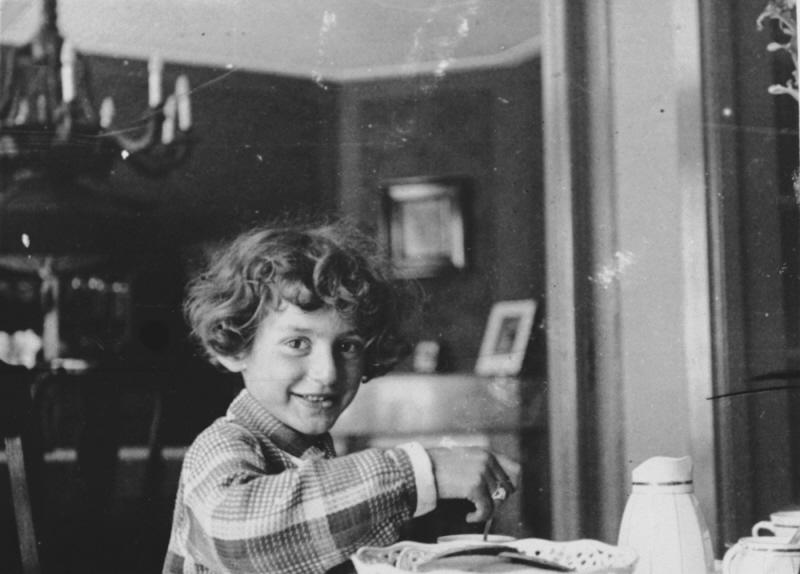 Hilde Jacobsthal was born to Jewish parents in Berlin, Germany. Her father, Walter, designed and manufactured women's clothing. In 1929, Hilde, her parents, and her brother, Joachim, left their home in Germany and moved to Amsterdam. Walter became active in the Jewish reform community, founding the Liberale Gemeente (a reform congregation) with Otto Frank, father of Anne Frank. The Frank family had moved to Amsterdam from Germany after the Nazis seized power in 1933.

As life for Jews in Germany and Austria became more difficult under Nazi persecution, the number of refugees seeking safety increased in various countries throughout Europe. Walter became involved in providing refugee assistance to those coming to the Netherlands which had been neutral during World War I. Many refugees came to the Netherlands hoping it would remain neutral if another conflict broke out. In September 1939, World War II began with the Nazi German invasion of Poland. In May 1940, the Netherlands was invaded. The Jacobsthal family's home was a way station for refugees and continued to operate as part of the underground resistance network after the Nazi occupation of the Netherlands began.

In 1941, a ghetto was established in Amsterdam by the Nazis. Hilde began working at a childcare center from which Jewish children were taken into hiding with the help of the Dutch underground movement. In July 1943, Hilde left Amsterdam and stayed in the countryside to avoid danger. When she returned to her family's home, it was empty and the windows were boarded up. Knowing that it was not safe for her to stay there, she obtained false ID papers and went to find her brother in Belgium where he was fighting with the resistance.

Hilde began working for the resistance as an ambulance driver. After the war ended, she finally reunited with her brother. He had been captured and interned at a camp for resistance fighters. Hilde and Joachim never saw their parents again. They were deported from Amsterdam and murdered at Auschwitz-Birkenau.

After the war, Hilde joined the Red Cross. Her first tour of duty was at the Bergen-Belsen concentration camp which had just been liberated by British troops. A severe typhus epidemic had murdered many of the Jewish prisoners at the camp. Anne Frank and her sister, Margot, were among those that were killed by the disease before liberation.

While caring for the survivors at Bergen-Belsen as a nurse for the Red Cross, Hilde met a doctor from Switzerland. They married and immigrated to Palestine in 1947, which was under British administration. In 1950, they came to the United States.