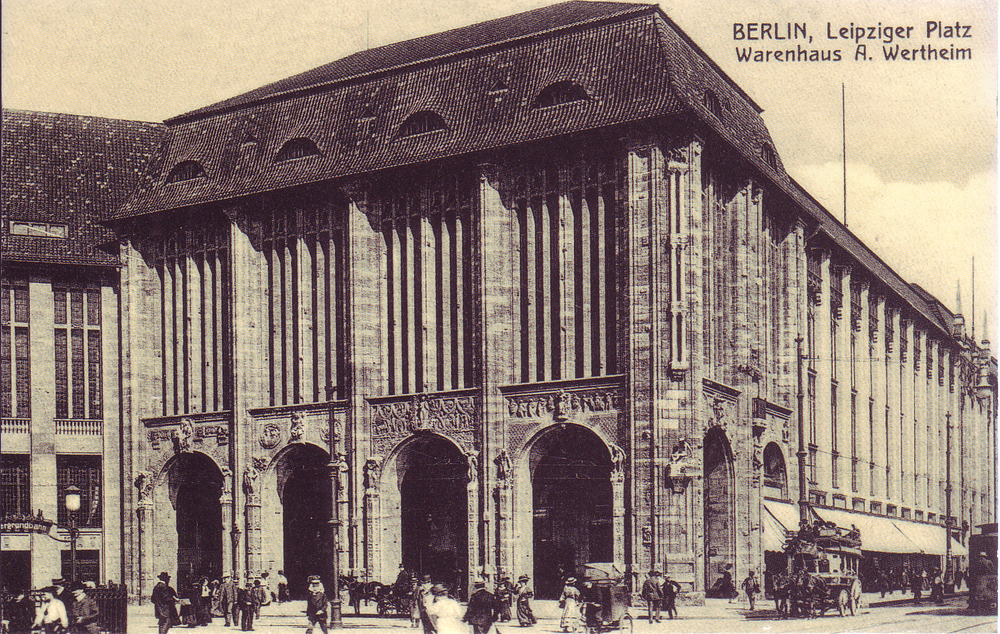 In 1908, Georg Wertheim became friends with Emil Georg von Stauss, a member of the executive board of the Deutsche Bank. In 1928, Georg and Emil took their families on a joint vacation together. While Emil never became a member of the Nazi party, he had close ties to some of its members. Specifically, von Stauss supported the Nazi party's efforts to Aryanize Jewish-owned businesses.

In 1933, after the Nazis' rise to power in Germany, the Aryanization of Jewish-owned businesses began. Tietz was one of the first major department stores to be liquidated, resulting in the loss of 14,000 jobs. After seeing what happened to one his top competitors, Georg transferred his shares to his Christian wife, Ursula, making her the owner of the majority of the company's shares.

In 1935, the Nuremberg Laws are implemented and although Georg converted to Christianity in 1906, he is considered Jewish according to the Nazis' legal definition.

The Wertheim Group was able to fair better than other large Jewish-owned department stores in Germany. By 1936, Georg's efforts to preserve his business and what little protection his friend Emil was willing to provide faced increasing pressure. At the end of 1938, Georg and Ursula divorce after Emil tells them that the NSAD demands it. Wertheim is declared Judenfrei - free of Jews. Georg, refusing to leave Germany, dies on December 31, 1939. He was cremated and buried in a Christian cemetery in Berlin.

After Georg's death, Ursula remarries. Her new husband, Arthur Lindgens, a member of the supervisory board of Wertheim with close ties to powerful Nazi officials. Arthur and Emil assume positions of power within the Wertheim Group.

After the war, Georg's nephews and sole heirs, attempt to reclaim their shares in the 1950s. They escaped Germany with their parents and settled in the United States. When they met with Arthur in New York, they were led to believe that their shares in the company were worthless, especially since the most famous Wertheim store lay on the Soviet side of Berlin. In actuality, Arthur and Ursula secretly negotiated a deal to merge the company with a large German conglomerate, Hertie Vereinigte Kaufstaetten GmbH, while on the very same trip to meet with the nephews. The secret contract was never filed and the nephews dropped their claim.

In 1989, after the fall of the Berlin Wall, Hertie petitioned the Berlin Restitution Authority for possession of the former Wertheim property in East Berlin. The Claims Conference on Jewish Material Claims Against Germany filed a claim representing the former shareholders who had been persecuted because of their Jewish heritage. Thus began a decade-long legal dispute. The daughter and grandson of one of Georg's nephews in the U.S. never gave up. In 2007, the battle finally ended with KarstadtQuelle (who had inherited Herti's claim) paying the Claims Conference between $107 million for the 5-acre parcel of land. Arrangements for payment to the heirs was also put into place.

In 2014, the Mall of Berlin opened in the expropriated building. Construction of the mall cost nearly $1.3 billion. It covers 100,000 square meters and houses 270 stores. Photos of the original store, built in 1896, were incorporated in the interior design of the new mall.