What Does War Make Possible?

A headline on the United States Holocaust Memorial Museum website reads:   WHAT DOES WAR MAKE POSSIBLE?

September 2019 marks the 80th anniversary of the beginning of World War II.

On September 1, 1939, World War II began when Germany invaded Poland. Nazi propaganda falsely claimed that Poland had been planning to take over Germany and that Poles were persecuting ethnic Germans. To make the point, the German military pretended to be Polish soldiers and acted out an attack on a German radio station. Hitler pointed to this “attack” as the reason for his invasion of Poland. In just weeks, German forces defeated Polish defenses. By the end of September, Warsaw surrendered. 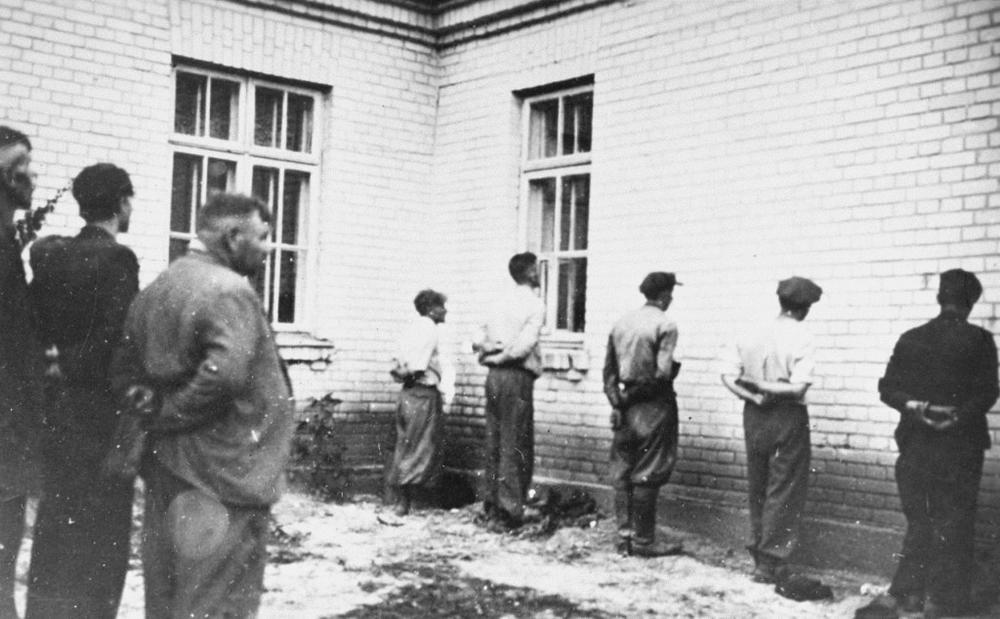 Western Poland was now under German occupation. With the German invasion of the Soviet Union in June 1941, all of Poland came under German ruthless control. The German occupiers targeted Poles who they believed could inspire resistance. They murdered Polish priests, professors, journalists and political leaders. More than half a million Poles were evicted from their homes and properties, which were then turned over to ethnic Germans.

There were over 3 million Jews living in Poland before World War II. Under German occupation they were required to wear armbands with a Star of David. Jewish and non-Jewish Poles were sent to forced labor. But Nazi racial ideology viewed Jews as a threat to the future of the German people. Now, with so many Jews living under their control, the Germans sought a way to vanquish this enemy, to find a “final solution to the Jewish question,” the murder of all the Jews in Europe.

While Jews were the main target of Nazi ideology, other groups were persecuted for racial reasons, including Roma ("Gypsies") and Afro-Germans. By the end of the war, the Germans and their Axis partners murdered up to 250,000 Roma. As the Nazi’s conquered and controlled more of Europe, they and their collaborators persecuted and murdered millions of other people seen as inferior or threatening. Millions of Soviet prisoners of war were murdered or died of starvation, disease or savage treatment. German authorities persecuted homosexuals, sending thousands to prisons and concentration camps. Political opponents and Jehovah's Witnesses were died from abuse and murder.

In the fog of war, the Germans were ready and able to put their racial ideology into practice. It began with the systematic murder of people with disabilities. Doctors and nurses and identified and participated in the murder of these children and adults. Gas chambers were constructed for this purpose. The technology and professionals from this program would ultimately go on to Auschwitz-Birkenau, to implement the “final solution,” the murder of the Jews of Europe.

Jews were forced from their homes into ghettos, where conditions deteriorated rapidly from overcrowding, lack of food and medicine, and disease. Following the invasion of the Soviet Union, Einsatzgruppen, mobile killing squads, and their collaborators, carried out mass shootings against Jews and other perceived enemies of the Reich.  They murdered more than a million Jewish men, women, and children, and hundreds of thousands of others. During World War II, millions of Jews from occupied Europe were deported to killing centers where they were murdered in gas chambers. Six million Jewish men, women, and children were killed during the Holocaust—two-thirds of the Jews living in Europe before World War II.

In early 1945, camp prisoners were loaded onto trains or sent on “death marches.” As Allied forces advanced across Europe, they encountered and liberated camp prisoners and prisoners on the marches.  On May 7, 1945, German armed surrendered unconditionally to the Allies.

World War II officially ended in Europe on the next day, May 8, V-E Day.