Peter van Pels turns sixteen. The inhabitants of “the Secret Annex” celebrate his birthday by gifting him with a game of Monopoly, a razor, and a lighter. “Not that he smokes much; it’s really just for show,” Anne writes in her diary the next day.

The Frank and the van Pels families have been living in the Annex since July.

Fritz Pfeffer joins in the inhabitants of “the Secret Annex.”

Anne and her sister, Margot, have been sharing a room. When Pfeffer arrives sixteen-year-old Margot is moved to her parent’s room while Anne is left to share a room with Pfeffer. Before he arrives, Anne writes in her diary that based on what the current inhabitants of the Annex know about him “both families think he is a congenial person.” After he joins them she goes on to write that “[Pfeffer] is a very nice man, just as we had all imagined.” 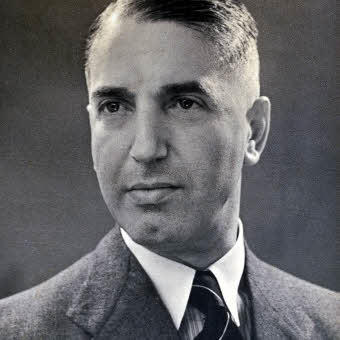 Like the Franks and van Pels, Pfeffer is also originally from Germany where he had a dental practice in Berlin. Unlike the Franks and van Pels, he does not have his family hiding with him in the Annex with him. Pfeffer had sent his son, Werner, to England on a children’s transport before emigrating to the Netherlands after the violence of Kristallnacht — “the Night of Broken Glass” in 1938. Pfeffer had divorced his first wife in 1933 and fell in love with a Catholic woman, Charlotte Kaletta. According to the Nuremberg Laws of 1935, marriages between Jews and non-Jews are forbidden so they are not able to marry. (Photo: Fritz Pfeffer, 1939 (c) Anne Frank Stitching)

What does this – I hope brief – parting matter for our eternal love? Keep your wonderful courage; your faith in God and your love will make me, and us, strong and brave. Fritz Pfeffer, Farewell letter to Charlotte Kaletta, 15 November 1942

Over the next 21 months in hiding, Anne and Pfeffer will become familiar with the challenges of sharing such a small space. Specifically, the desk they share becomes an often disputed area. Anne uses it for writing in her diary. Pfeffer uses it to study Spanish in the hope that he can emigrate to Chile after the war. He also sits there to write letters to Charlotte and his son, neither of whom he will see again.