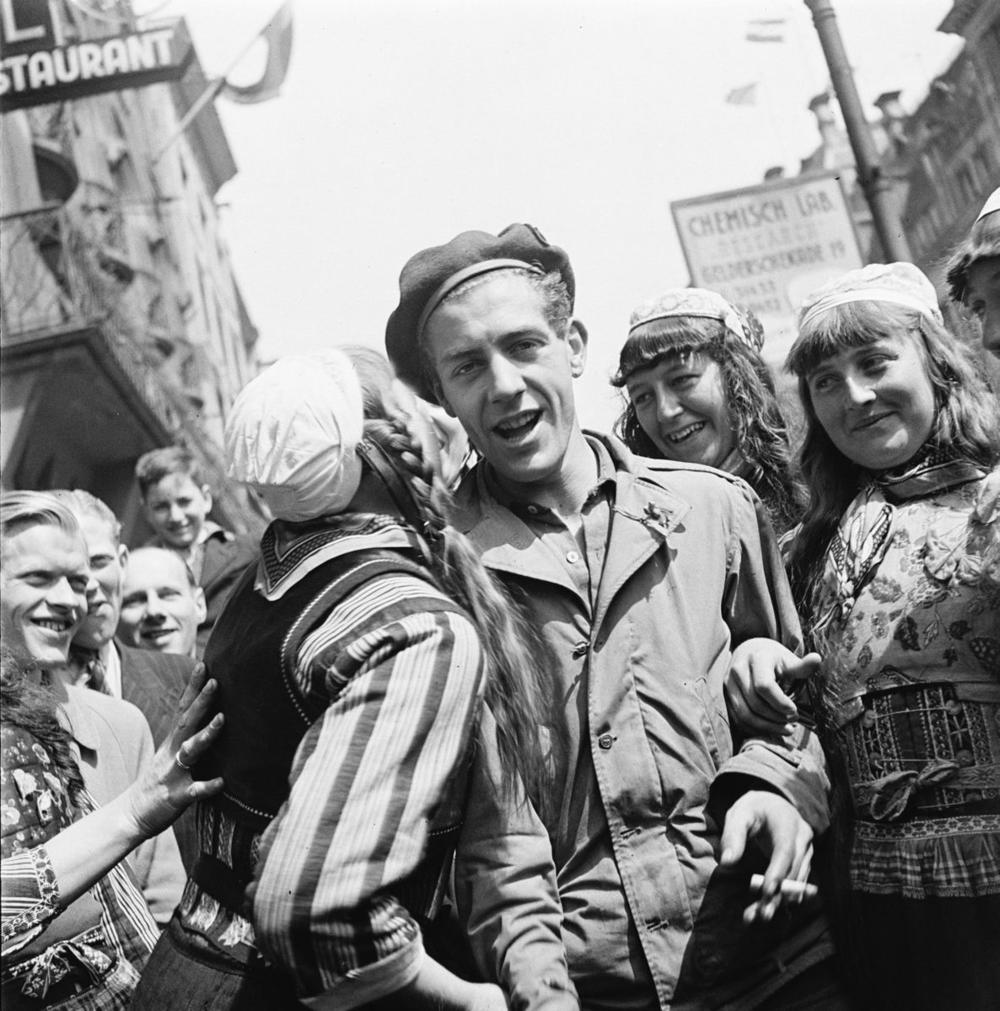 It has been nearly 5 years since the Netherlands was invaded by Nazi Germany. World War II is finally drawing to a close as Allied forces move through Europe, liberating not only countries that had been invaded and occupied by the Nazis but also camps established by the Nazis ranging in purpose from transit and internment to forced labor and death. With the liberation of Auschwitz in January 1945, through Germany's surrender in May, the full extent of the Holocaust begins to become clear.

All of the inhabitants of the Secret Annex, including Anne Frank, are no longer alive to experience freedom again. Only Anne's father, Otto Frank, has survived.

British forces liberate Neuengamme concentration camp near Hamburg, Germany. (Fritz Pfeffer, one of the inhabitants of the Secret Annex who had shared a room with Anne Frank while in hiding, died at Neuengamme on December 20, 1944.)

German forces surrender to the 1st Canadian Corps in the Dutch village of Wageningen.

German armed forces surrender unconditionally in the West to the Allies.

Allied forces, specifically the United States and the United Kingdom, proclaim this date Victory in Europe Day (V-E Day). Cities in both countries, as well as countries now free from Nazi occupation, celebrate with flags, banners, and parades.

German armed forces surrender unconditionally in the East. Soviet forces proclaim this date as the day the war ended.

Otto Frank has gained back enough strength to begin his return to Amsterdam. He is the sole survivor of the inhabitants of the Secret Annex. A few days into his journey, he writes to his mother in Switzerland:

I hope that these lines get to you, bringing you and all the ones I love news that I have been saved by the Russians, that I am well, and being looked after well in every respect. Where Edith and the children are I do not know. We have been apart since 5 September 1944. I merely heard that they had been transported to Germany.

After being liberated at Auschwitz on January 27, he is finally able to leave via Odessa. He will travel by boat to Marseille, France, then by train and car to the Netherlands. At some point along the way, he will learn that his wife, Edith, died at Auschwitz before liberation.

The fate of the Hiders in the Secret Annex

Animated Map: The Aftermath of the Holocaust