The Commission launched a new traveling exhibit series titled “Georgia’s Response to the Holocaust” which profiles Holocaust survivors, liberators, rescuers, and activists local to Georgia. The first installment of this series, “A Home for Refugees”, tells the stories of seven survivors who left Europe after Hitler’s rise to power and began new lives in Georgia.

The new exhibit was unveiled on May 2 at the 2014 Days of Remembrance observance in the Georgia State Capitol. It is currently on display at the Anne Frank in the World exhibit in Sandy Springs through October. 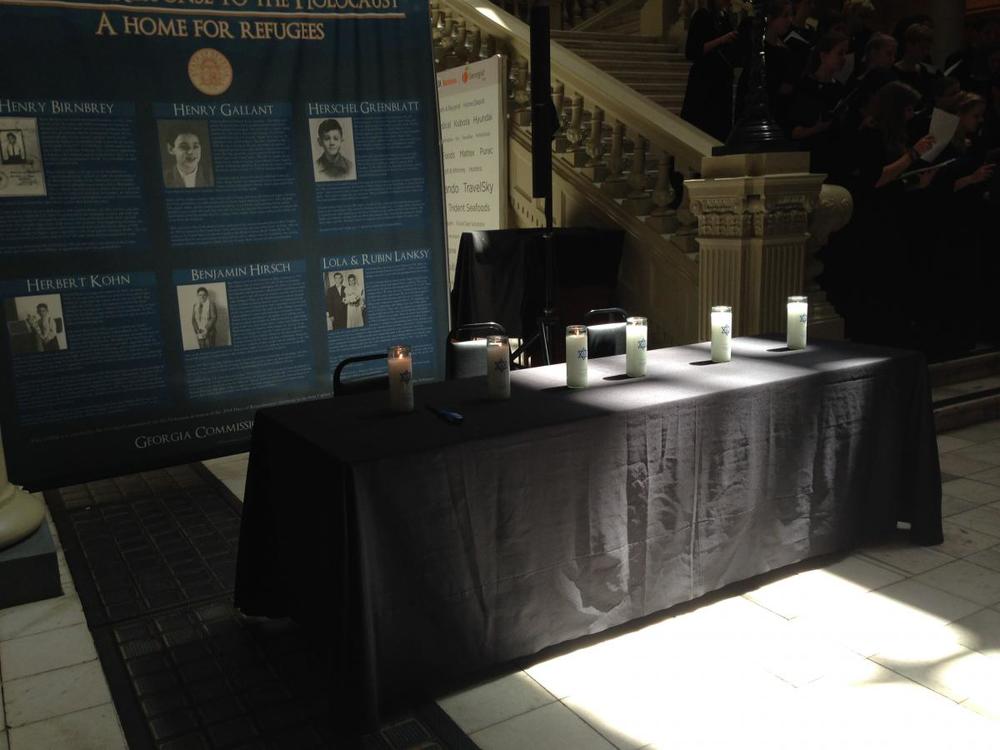 The new exhibit series is inspired by the United States Holocaust Memorial Museum’s 2014 Days of Remembrance theme: “Confronting the Holocaust: American Responses”. The exhibit series will examine how individuals and organizations in Georgia responded during the Holocaust. It highlights how citizens and lawmakers recognize the important role Holocaust education plays in cultivating the ability to make good choices, develop strong character and promote engaged citizenship.

The Holocaust survivors featured in “A Home for Refugees” include:

As long as genocide remains a threat, we must continue to ask ourselves about the consequences of action and of inaction. We must understand our responsibilities as a nation and as individuals when confronted with crimes against humanity.  We must understand what our commitment to justice and democracy means when we say ‘never again.’ And we must understand how we have failed when we do not respond.”- Sally Levine, Executive Director

After September, the exhibit will be available for loan. Booking requests can be submitted online. Photos included in the exhibit are courtesy of The William Breman Jewish Heritage Museum.

Life of Elie Wiesel honored with unanimous passing of resolution by U.S. House of Representatives

On September 12, 2016, the U.S. House of Representatives unanimously passed a resolution honoring the life of Holocaust survivor and Nobel laureate, Elie Wiesel.