"Witness to the Holocaust" 2013 Library Tour launches in Trenton

The Commission's exhibit "Witness to the Holocaust: WWII Veteran William Alexander Scott III at Buchenwald” is touring the state of Georgia. The tour is presented in cooperation with the Georgia Public Library Service. It launched on May 16, 2013, at the Dade County Public Library in Trenton.

The exhibit is on display in Trenton until May 29, 2013. Admission is free. The exhibit will visit 8 other libraries over the next 7 months.

This year marks the 50th anniversary of key events in the Civil Rights Movement. On the evening of May 16, Dr. Jerry Legge, University of Georgia, spoke at the library to members of the community.

The exhibit highlights the impact of the African-American liberators. It also makes connections between the Jim Crow Laws and the Nuremberg Racial Laws of 1935." - Sandra Craine, Education Coordinator for the Georgia Commission on the Holocaust

This project is supported by the Georgia Humanities Council and the National Endowment for the Humanities and through appropriations from the Georgia General Assembly. 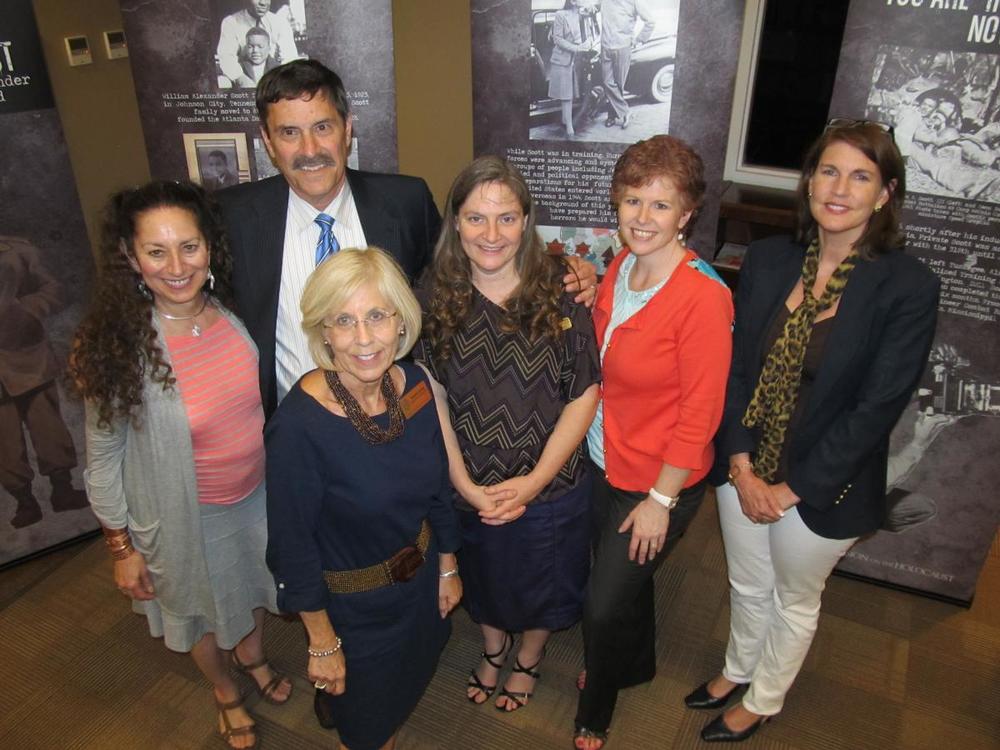 William Alexander Scott III was a student at Morehouse College in 1943 when he was drafted into the U.S. Army. During World War II, he served as a photographer in the Intelligence Section of the 183rd Engineer Combat Battalion. He witnessed the liberation of the Buchenwald concentration camp through the lens of his camera.

After witnessing the horrors of the Holocaust, Scott returned to Atlanta and joined the Civil Rights Movement. In 1948, he became the circulation manager of the Atlanta Daily World. The newspaper was founded by his father in 1928. It is one of the first black-owned newspapers in the U.S.

The traveling exhibit is based on a permanent exhibit by the same name on display at Anne Frank in the World in Sandy Springs.

The Commission launched a new traveling exhibit series titled “Georgia’s Response to the Holocaust” which profiles Holocaust survivors, liberators, rescuers, and activists local to Georgia. The first installment of this series, “A Home for Refugees”, tells the stories of seven survivors who left

"Witness to the Holocaust" 2014 Library Tour

The Commission's exhibit "Witness to the Holocaust: WWII Veteran William Alexander Scott III at Buchenwald” is touring the state of Georgia. The tour is presented in cooperation with the Georgia Public Library Service.