McNeeley is a two-time graduate of the University of Georgia College of Education. She holds a bachelor’s in Middle School Education, and a master’s in Children’s Literature and Language Arts. She has been teaching 8th grade English at Clarke Middle School in Athens, Georgia, since 2000.

There is one reason for expanding my knowledge and interest in Holocaust history, memory, and education – my students.  I wish to answer their questions about the Holocaust, but more importantly, I want [them] to discover themselves through the lessons of the Holocaust.  Can they see their own cruelty reflected?  Can they see the effects of their own actions or inaction?  By witnessing the injustice and the inhumanity in the Holocaust, and in a smaller way, in themselves, can I help them to change?” -McNeeley

McNeeley's years in the classroom include roles such as a lobbying representative for the Red Clay Writing Project, participant in of the National Writing Project, and nominee for district teaching excellence awards. WXIA-TV’s Channel 11 recognized her as a “Class Act Teacher” for her dedication to teaching the lessons of the Holocaust in her classroom.

Earlier this year, McNeeley was named a Distinguished Educator of the Year by the Georgia Commission on the Holocaust. She serves on the Commission’s Educator Advisory Committee. She is also involved with the United States Holocaust Memorial Museum (USHMM) as a Museum Teacher Fellow and member of the USHMM’s Regional Education Corps. She has been abroad twice to Poland and Israel, ensuring the impact of her studies in Holocaust education. 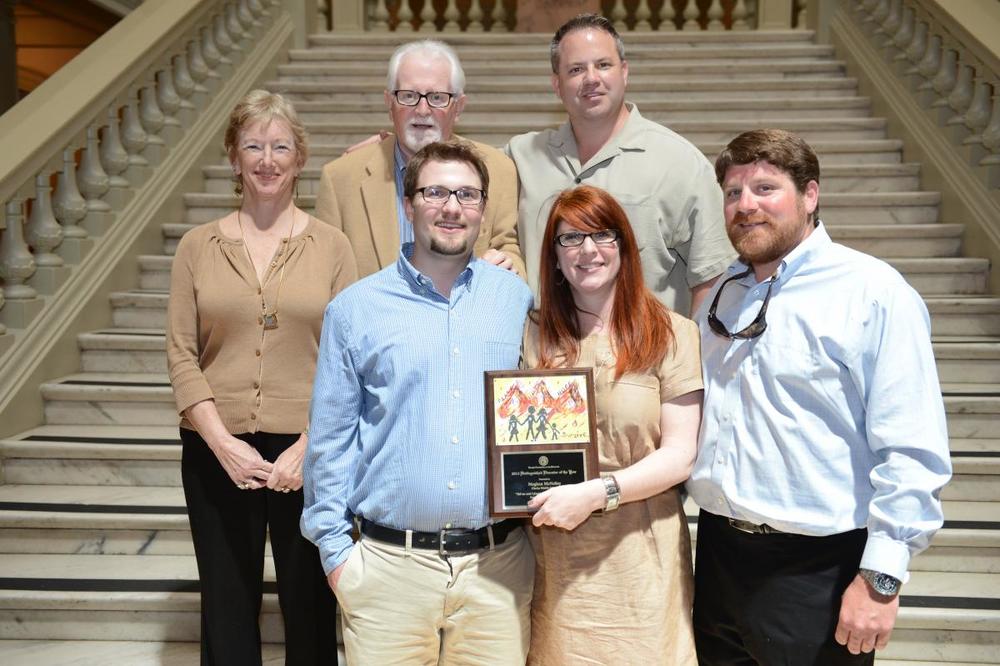