“Parallel Journeys: World War II and the Holocaust Through the Eyes of Teens” exhibit comes to Sandy Springs

The Commission is bringing the exhibit “Parallel Journeys: World War II and the Holocaust Through the Eyes of Teens” to Sandy Springs. It will be on display at Anne Frank in the World from September 25, 2013, until October 30, 2013. Admission is free. 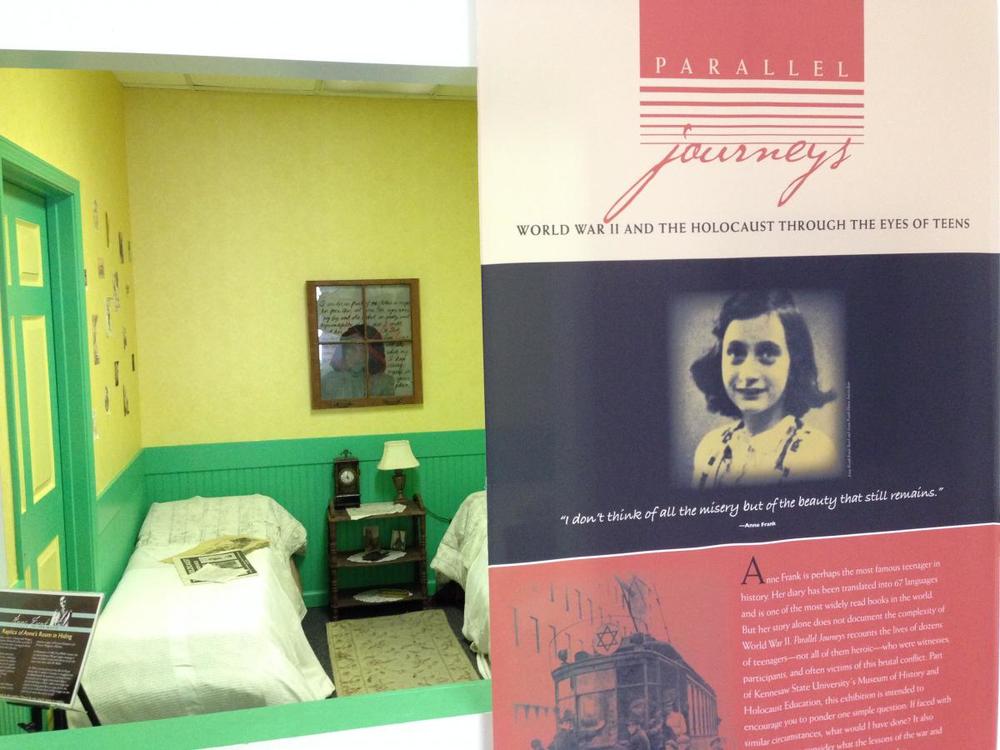 Anne Frank's diary was first published in 1947. It has been translated into over 70 languages and captured the hearts of readers across the world. But, Anne's story alone does not document the complexity of World War II and the Holocaust.

Personal responsibility is a way of life. It does not arise out of a vacuum, but is built on ethical principles, which are the the basis of humanity itself." - George J. Wittenstin, member of the White Rose Resistance Group

“Parallel Journeys" tells the stories of forty teenagers and young adults who lived during this period of history. Among the individuals featured in the exhibit: